Air Quality Testing After a Fire in California

The suitability of an area or home for habitation after a fire incident is dependent on the levels of physical and chemical contaminants, as determined by post-fire air quality testing. Fire residues comprise the physical and chemical components, and while the physical residue is relatively easy to remove, the chemical residues can remain in a home or area for many months, sometimes years.

We're happy to help you out with your Fire and Smoke testing needs, but keep in mind, we also undertake Mold Testing, VOC Testing and Indoor Air Quality Testing in the California region.

In California, wildfires and structural fires are not new to its residents. The residues from these fires expose them to some health hazards that can be avoided by employing the services of an indoor post-fire air quality testing firm, to ascertain if the levels of chemical residues in their homes and vicinity are safe for them.

A good understanding of post-fire air quality testing, why you should have one after a fire incident in your home, and how you can ascertain the safety of reinhabiting your home after a fire, are what you'll get from this piece.

Fire is an oxidation process that uses fuel, oxygen, and heat to create a chain reaction that continues until one of the reactants is removed. Usually, fire produces heat while it's ongoing, but the nature of the fuel determines what the residues and products will be.

However, structural fires are different in their residue's chemical composition, as different homes and buildings have different materials in them.

Indoor air quality testing after a fire helps to ascertain the levels of these fire residues and helps to conclude the home safety for habitation. It deals with considering the physical and chemical residues and how their concentration can affect the human organ and health. It answers questions like: Does my home induce some carbon monoxide poisoning? What's the smoke I still perceive months after the fire incident? Is it safe to return to my home after a fire?

Air testing after a fire serves only one purpose when it comes to habitation; to ascertain the health and safety of your home after a fire. The residues from a fire can be dangerous to the human biological system. Carbon monoxide poisoning is a major concern, but other chemicals call for concern.

To achieve the purpose of post-fire air quality testing, physical and chemical residues are subjected to tests.

After a fire, you'll readily see soot, char, and ash on some surfaces; these are the physical fire residues. They usually form as a result of the incomplete combustion of fuel.

Physical fire residues are relatively easy to remove from surfaces. You may not require the services of an air quality testing firm to clean your home of soot and char, after a fire incident.

Chemical residues from a fire are products of fuel combustion. They are categorized into volatile, and semi-volatile chemical compounds.

Volatile compounds are usually light chemical fire residues that are easily lost into the atmosphere after a fire. They are quick to leave their immediate environment and be diluted by clean air.

Semi-volatile compounds comprise medium to heavy chemical residues that don't readily leave an area after a fire. They are usually denser than air and can remain in a home for many months.

Chemical fire residues can easily be found on porous materials such as clothing, mattress, and chairs, and remain there for a long time. They are the most difficult fire residues to eliminate. 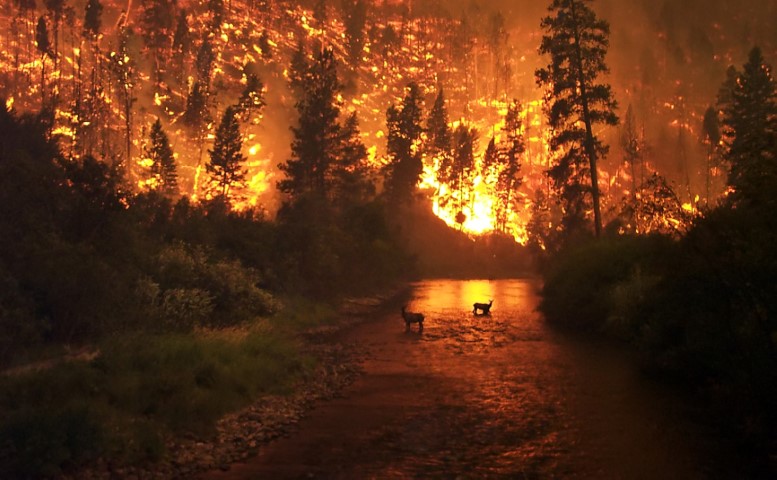 Cleaning Up After a Fire

To restore some safety into your home, and make it habitable again, you need to clean the fire residues to an acceptable healthy level. To achieve this, you can employ:

Usually, washing your floors and walls may help you remove most of the soot, ash, and char, but they don't seem to be as effective for the chemical residues.

Allow as much clean air as you can through your home to facilitate off-gassing from the porous materials in your home. You can also move these materials out of your home to hasten the return of clean, healthy air into your home.

How Do You Ascertain Air Quality Testing After a Fire?

After cleaning fire residues from your home, how then do you know if your home is safe for living in again?

Many people judge the habitability of their homes, after a fire, by using their sense of smell. As long as they can inhale some air, and their nostrils don't sting, their eyes don't water, and they're not struggling for breath, they move back in; however, that's an unreliable method of ascertaining your home's indoor air quality.

Employing the services of an air quality testing firm, to determine the levels of fire chemical residues in your home and compare them to the acceptable or tolerant levels for humans, factoring in your medical conditions, such as asthma, is a more reliable means of ascertaining your post-fire air quality in your home.

Frequently Asked Questions on Air Quality Testing After a Fire

What's the acceptable level for fire and smoke residue for humans?

It's difficult to put a figure to the acceptable level of fire and smoke residue that passes a home as habitable. Different individuals have different tolerance for smoke and other fire residues. People with lung and heart conditions are less tolerable to smoke while healthy people have a higher tolerance. However, the presence of a smoky smell may be an indicator that your home remains inhabitable.

Are there any health or exposure concerns with any remaining fire residue traces?

There are some concerns about remaining in a home or area with fire residues. Tar, a common residue, is carcinogenic, as is acrolein, a chemical fire residue. Returning to homes with these fire residues increases your chances of having cancer. Also, lung damage is a major concern.

You can email us directly from the main Contact Us page.

As well as Fire and Smoke Testing in San Francisco And Los Angeles, we also do Air Quality Testing after a Fire in the surrounding areas including San Jose, Sacramento, Oakland, Fremont, Santa Rosa, Long Beach, Santa Ana, Anaheim, Fresno and Bakersfield.