Testing Residue for Fentanyl in Homes and Vehicles

Have you recently bought a home or a used vehicle? If you have reason to suspect the home was used for the sale of illegal fentanyl, you may want to consider getting the home or vehicle tested for the residue of this harmful drug. For example, you might find drug paraphernalia or traces of unknown substances that might be fentanyl. Without such a test you cannot be sure if the former occupant of the house or owner of the car has abused substances like fentanyl.

Even after you've completed a thorough cleaning before moving into the home or vehicle, there still may be residue of fentanyl. And a constant exposure to such a polluted environment means putting your health and other occupants at risk.

The issue of drug residue is a serious one and should not be neglected because exposure to harmful drugs like fentanyl residue left behind in a home or car could potentially lead to respiratory issues.

We understand you're probably here because you care about your health and that of your family and friends. If you are at all suspicious of the former resident of your new home or the previous owner of the vehicle, it might be wise to undertake a fentanyl residue test, even just to set your mind at rest if for no other reason.

You don't need to go through the stress of looking around for an indoor air quality company for this task. At A-1 Certified Environmental Services, our team of experts is ready for any of your indoor air quality testing needs. We’ll be happy to set up an appointment when you contact us.

Although fentanyl is used to ease the severe pain of patients, it is a strong synthetic narcotic that can create a problem when there is an alteration of the medically prescribed dosage. Fentanyl is a synthetic opioid 100 times stronger than morphine and about 50 times more potent than heroin.

Although this drug is meant to be used legally for the relief of severe pain, many folks in the United States abuse and misuse this medication. There were about 71,000 deaths due to drug overdose involving fentanyl recorded in 2021.

Since the presence of fentanyl residue in your home or vehicle poses possible harm to you and your loved ones, you should take a proactive step to test to verify if there are any traces of the drug. You will want to avoid coming into frequent contact with the drug which could lead to possible respiratory issues.

As mentioned earlier, exposure to fentanyl residue in your home and vehicle can lead to chronic exposure with associated medical consequences.

Therefore, if you are a Property Manager, Management Agency, or Landlord you should secure your residential or commercial properties, and other assets from exposure to fentanyl residue and other harmful toxins. 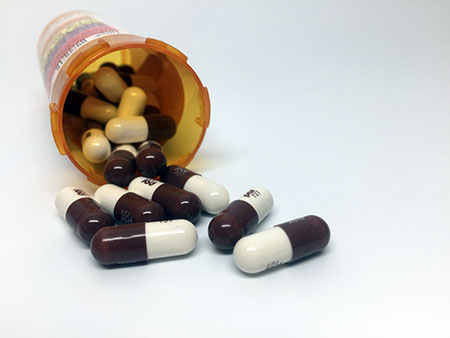 So, how do you go about this? Conduct drug testing, specifically fentanyl testing, because of its possible harm to occupants exposed to it.

Experts have given out more details about the fentanyl residue and its effect on health. When fentanyl residue is left unattended or untested, the related health challenge can be serious for someone who is susceptible to respiratory issues.

One of the significant health effects is inconsistency or difficulty in breathing; the health effect is not just related to breathing problems. The symptoms vary depending on the level of exposure to the drug.

Illegal fentanyl is sold as a powder, sometimes dropped on blotting paper or even as a nasal spray. Sometimes it's made into pills that appear to look like 'regular' prescription opioids. Fentanyl's effects include, drowsiness, confusion, problems breathing and finally unconsciousness.

The extremely high potency of fentanyl increases risk of an unintentional overdose, especially if the user is unaware that the mixture actually contains fentanyl. The illegal versions of fentanyl that are associated with overdoses are often made in labs.

Many dealers are mixing fentanyl with other drugs, like heroin or methamphetamine. They do this because you only need extremely small amounts to get high with fentanyl which makes it much cheaper to produce. This is what makes it particularly hazardous when people using the drug don’t realize it contains fentanyl as a hazardous additive.

How to Test for the Presence of Fentanyl Residue

The nature of fentanyl is such that it is odorless and invisible; it cannot easily be detected without a professional fentanyl residue testing session.

Fentanyl testing helps you to quickly know the presence of fentanyl residue in your home or vehicle and can be done at a reasonable price.

If you are moving into a new home, or you just l bought a used car and are suspicious that the former owner was using or selling fentanyl, you’d be advised to undertake testing so you can take measures to protect your health if the test is positive.

If after conducting the test, no fentanyl residue is found, there will be the peace of mind knowing that your vehicle or home is safe.

You can't just hire anybody for your fentanyl testing; you need an honest and reliable air quality testing company to conduct the testing and get accurate and unbiased test results.

Our team of experts boasts many years of experience in all kinds of air quality testing, and we offer unbiased results, which is why we have earned a reputable name as a go-to company for all our customers. Reviews don't lie, so check what people are saying about us on our review page.

If you want to keep your vehicle, properties, and home safe from the harm that fentanyl residue poses, contact us today, and we will help you out.