Mold is a fungal growth that can develop on any suitable wet, organic materials. It should be noted that mold and mildew are both types of fungi. However usually mold presents as black or green, and mildew is typically gray or white in color.

Mold tends to grow on many suitably moist surfaces, whereas mildew is normally a problem on damp surfaces like bathroom tiles. Mold growth creates multicellular filaments (known as hyphae) whereas mildew has a 'flat' growth.

Although it's true that mold can cause havoc within your home, it is at the same time a natural part of the environment which plays a vital role in the breaking down organic matter such as leaves and dead tree branches. Having said that, indoor mold growth should be avoided at all costs to sidestep all kinds of structural issues, not to mention the many potential health issues.

Mold reproduces by means of tiny spores that can be thought of as tiny seeds that are invisible to the naked eye. As these spore’s float through the air and eventually come into contact with a suitably damp surface where the temperature and organic materials are present, a new colony of mold can quickly develop over time. 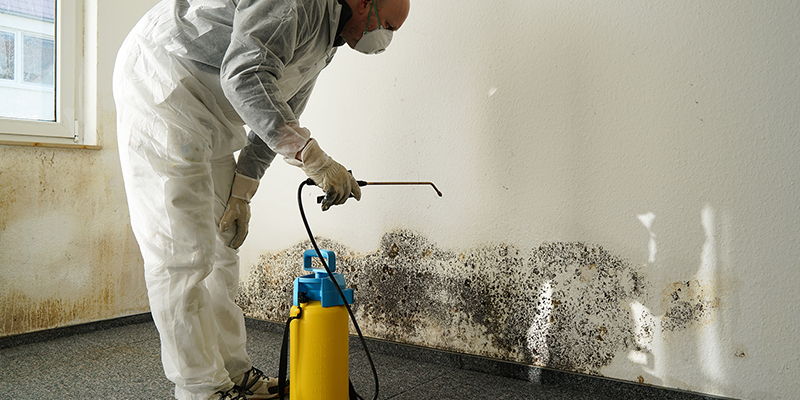 If you suspect you might have a mold infestation the first thing you should do is find an independent mold testing specialist to perform an inspection. This individual will take samples of your indoor air and have them sent off to a certified lab to perform a detailed analysis. The results of this testing will give you a definitive information on whether you have any elevated mold, and if so, exactly where it's located in your home. The chances of a positive outcome will be higher if you've had any recent internal pipe leaks or any other elevated dampness anywhere in the building.

As mentioned, mold is found almost anywhere both inside and outside, but if found in a concentrated form indoors, it can be an extremely dangerous health hazard especially for those who are prone to any kind of respiratory infections such as allergic reactions.

Many types of mold are capable of causing health issues, this is especially true of molds that produce mycotoxins. When conditions are right, these toxic molds can proliferate into colonies where mycotoxin levels can become extremely high. Any kind of extended exposure to high levels of mycotoxins can lead to neurological issues and other health related problems. 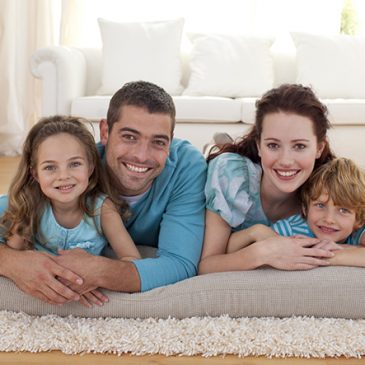 Some of the many symptoms of exposure to mold may include nasal congestion, runny nose, itchy eyes, and respiratory problems, including difficulty breathing, irritation of the throat, headaches and sneezing. As a result, those who already have a compromised immune system, or any kind of chronic lung condition for that matter, should try to avoid areas that might be prone to mold, such as damp houses, abandoned buildings or even humid heavily wooded areas. For most people, sensitivity to mold varies and those with chronic lung diseases are at higher risk for more severe reactions if they are exposed to mold. Young children in particular may develop asthma symptoms or other respiratory indicators if they are exposed to Penicillium which is a type of fungus.

The Causes of Mold

Mold spores are in the air all around inside and outside. These spores can land on just about any surface and, as long as there’s enough consistent dampness, they will start to grow and quickly spread. Even though these mold spores are constantly being blown around, it should be clearly stated, in most cases the indoor level of mold is not enough to cause any respiratory damage to a healthy adult.

The most common cause of possible mold infestation is usually due to excess moisture caused by leaky pipes, flooding from compromised hot water tanks or holes in the roof. Water vapor usually condenses on surfaces cooler than the already saturated air – the resulting condensation produces enough moisture to create the exact conditions that are ripe for a mold infestation. One of the main problems is that this mold frequently grows in places where it’s extremely difficult to detect. For example, it’s often found under the floorboards, hidden in the basement, inside the attic or even lurking behind wallpaper or even behind the drywall. Visible mold colonies usually form in areas where there is poor ventilation: another place it commonly grows is on the outer walls of the building which are more exposed to moisture especially in if the water barrier is compromised. The most common way mold is initially detected is often by an unpleasant musty smell or possibly signs of water damage on floorboards or on the walls of the home.

Significant mold growth needs sufficient amounts of moisture, a food source and some form of ‘substrate’ that it can use as a framework to sustain its growth. Many of the building materials used nowadays such as drywall, carpets, plywood, and carpet padding can all be used as a food source for mold. In carpet, invisible dust and cellulose are food sources. It sometimes happens that the mold can become dormant if the environment is completely dry for a while, however, as soon as more water reappears, the mold can very quickly reactivate, and the mold will once again start to grow. Mycotoxin levels are found to be much higher in buildings which have had a previous flood or other kind of leak. It should be noted that after a major water leak, mycotoxin levels can be higher even after the home has completely dried out. Once these mold colonies have started to grow inside a building, the biggest threat is the inhalation of mycotoxins. The very young, the elderly and those who are prone to asthma or to any other kind of lung infection will be at risk of serious respiratory disease.

It’s strongly recommended that mold testing should be carried out by a trained professional with specific experience in the precise protocols of mold sampling, and the interpretation of findings that are returned from an accredited laboratory.