The health hazards associated with secondhand and thirdhand tobacco smoke is one of the reasons you need to have tobacco residue testing done for your home. It gives you the knowledge to ensure the safety of your home against smoke-related issues, in children and adults.

Even when you don't smoke indoors, there is a high chance you can inhale smoke from another person's cigarette - secondhand smoke.

In other cases, the tobacco smoke is in the fabrics and other porous materials in your home, exposing you to thirdhand smoke.

We are also a full service Certified Environmental Testing business: in addition to Mold Testing, we also do VOC Testing and Formaldehyde Testing in most regions of California.

Tobacco, Nicotiana tabacum, is a plant that is used to produce cigarettes. Despite the warnings concerning the health problems one can get from it, from various health organizations in the world, people still smoke tobacco.

Tobacco comprises many chemicals which are discharged into the atmosphere when cigarettes are burned; nicotine is one of them, but there are many unfamiliar ones.

When cigarettes are burned and the chemicals, usually with varying levels of volatility, escape into the atmosphere, some are absorbed by surrounding materials, such as clothes; these are the less volatile chemicals.

If a smoker smokes indoors, the less volatile chemicals in cigarettes accumulate in drapes, mattresses, clothing, sofas, and other porous materials in the home. Later, these materials release these chemicals through a process called off-gassing.

Another common material from burning cigarettes is Tar - total aerosol residue. It is the residue that affects smokers, secondary, and tertiary smokers' by gradually coating their lungs, and causing them to gradually reduce their ability to absorb oxygen. 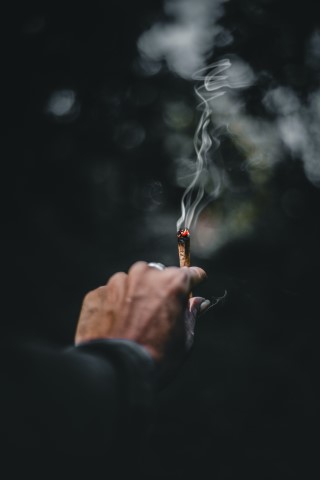 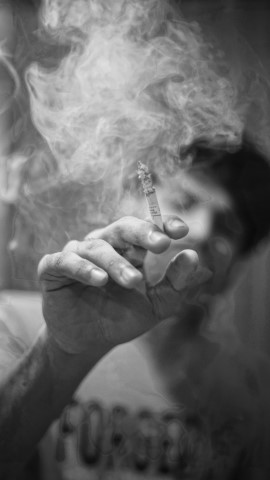 Like common smoke issues with wildfires, cigarette smoke and residues comprise different chemicals with different chemical properties. Also, some of these chemicals are not easily removed from the room; some require professional cleaning of porous materials to remove them.

Types and Levels of Tobacco Residue and Smoke

Primary smoke from tobacco goes directly from smokers to their lungs. It usually contains higher levels of chemicals. With smokers, primary tobacco smoke gets into their lungs but much of it is puffed out of their mouths and nostrils.

In other words, primary tobacco smoke is tobacco residue and smoke that gets into smokers' lungs from their cigarettes. It is associated with active smokers.

Secondhand smoke and passive smoke are associated with passive smokers. This tobacco residue and smoke usually affect individuals who aren't smokers but are around smokers. They inhale smoke that’s exhaled from the smokers' cigarettes and share in the chemicals that contain tobacco smoke and residue.

Passive smoke escapes into the lungs of non-smokers through the air; carrying smoke and residue from active smokers.

Thirdhand tobacco smoke is found in porous materials in the home. They are the most neglected form of tobacco residue and smoke.

Thirdhand tobacco smoke and residue are low in volatility and are adsorbed by rugs, sofas, drapes, and other porous materials in the home. They don't become a threat until these materials emit them back into the home's air.

Thirdhand smoke is the chemicals that are off-gassed after the more volatile chemicals have left the atmosphere.

How to Test for Tobacco Residue

Tobacco smoke is easily detectable by a humans' sense of smell. The nose picks up on nicotine easily and differentiates it from other chemicals. However, due to a large number of chemicals in tobacco smoke - over 4000 chemicals - it is difficult to determine if there's tobacco smoke in the air, especially in the limited presence of nicotine.

Accredited laboratories, like the ones we use, have special methods for detecting nicotine-limited smoke, especially secondhand and thirdhand smoke. We analyze smoke samples to identify some chemical markers that ascertain the levels of the low volatility chemicals such as acrolein, arsenic, hydrogen cyanide, and naphthalene, among others, in tobacco.

We check for secondhand tobacco smoke by analyzing the residue and measuring the level of the different low-volatile chemical compounds from tobacco. For thirdhand smoke, we analyze the residue left on the porous materials in your home and using specific chemical markers, we identify the chemicals.

In other simpler cases, where visible residue from smoking is present, and you'll like to know if it's safe to be in that house, we'll collect the smoke residue and test them for tobacco chemical compounds. 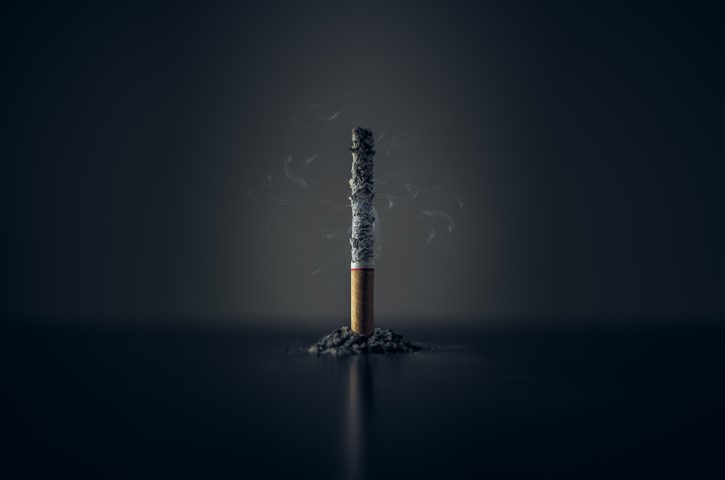 Do you need Tobacco Residue Testing?

Lung cancer is one of the common results of smoking. Tobacco smoke doesn't distinguish between an active and passive smoker. Once tar begins to deposit in the lung linings, it gradually decreases the quality of your breathing and the efficiency of your ability to absorb oxygen.

There is research that shows that tobacco smoke can cause the onset of asthma. It can also heighten asthma attacks in asthmatic individuals. Whether mainstream tobacco residue, secondhand or thirdhand smoke, it can be very harmful to asthmatic people.

Testing for tobacco residue in your home will help you prevent moving into a home that may hold some deadly chemicals.

Maintaining a healthy indoor atmosphere gives you so many benefits, including quality sleep and healthy airways. However, you can only be sure of your indoor atmosphere's quality after a tobacco residue testing of your home.

Tobacco residue and smoke contain more than 4000 chemicals. The less volatile ones hang around in the atmosphere and are absorbed by skin, hairs, fabrics, rugs, and other porous materials. They are later off-gassed and render the indoor atmosphere inconducive.

For the best ongoing health, and to prevent possible cancer, asthma and poor indoor air quality, you should get your home tested for tobacco residue before moving in.